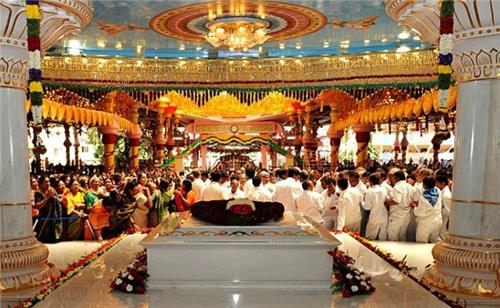 Shirdi is a place which is regarded as a melting pot of different cultural beliefs, practices. So the local administration has to ensure that proper measures are taken so that the tourists visiting this place are at ease throughout their stay.

The heart and soul of the city of Shirdi is the Sai baba Samadhi temple and the associated temples and structures. The competent authority for managing it is the Shri Saibaba Sansthan Trust. Shirdi.
The structural hierarchy of the organization is;
The administrative department of the trust is further divided as;
Apart from the temple other areas are covered by the District administration of Ahmednagar as Shirdi falls under this district. The district is further divided into 4 district sub divisions. There are 14 Talukas in Ahmednagar. Under the Sangamner Sub district falls the taluka of Rahata. Shirdi is located in the taluka of Rahata.

The State of Maharashtra has a three tier legislative system which includes Zila Parishad, Panchayat Samiti and Gram Panchayat.

The dispute redressal mechanism is also very robust. The prime governing body is in the high court of judicature at Bombay, Aurangabad Bench. It covers the district of Ahmednagar. The District also has its own court. The state of Maharashtra has 29 Districts and Session courts. In separate districts sessions divisions at Taluka stations to exercise jurisdiction in a court of session.