The city of Shirdi is known for being the workplace of the "Child of God", Sai baba. He was a living saint.Throughout the year tourists from various parts of country visit this place. This temple in Maharashtra is always flooded with devotees of Sai Baba who is believed to be an incarnation of the almighty. The uniqueness of Shirdi lies in the fact that Hindu as well as Muslim devotees visit this place and offer prayers. As Sai baba always believed and preached that "One God governs all" or popularly known as Sabka malik ek. It is not known with certainty whether he was a Hindu or Muslim. He lived the life of a Fakir or beggar. He survived by begging for alms. He named a Mosque as Dwarakamayi where a flame or Dhuni used to burn continuously. 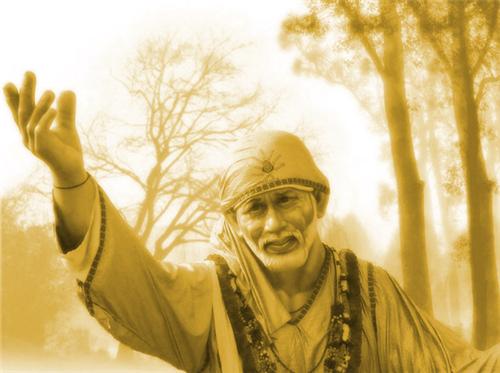 The Temple built after him is run and managed by a trust, The Sai Baba Sansthan Trust Shirdi.The trust is responsible for managing day to day affairs of the wealthiest temple of India. Apart from that many other philanthropic activities are also carried out by the trust which includes Charitable hospitals, Schools, Blood bank, industrial training institutes and many other  initiatives.

As per the last census conducted the population of Shirdi Stood at 26,169. But the total number of people present in the city is always more than this as anywhere close to 25000 tourist are always present in the city. This number also doubles on certain occasions.The literacy rate of this city is 70% which is above the national average.

Shirdi which is located in the Ahmednagar district of Maharashtra is situated 300km away from the capital city of Mumbai.

Railways
On March 2009 Shirdi got its own railway station named as Sai nagar shirdi. Some other stations located in close proximity are Manmad, Ahmednagar. Another Station Kopargaon is located 15 km from Shirdi. Another major railway hub located close to Shirdi is Nashik which is 119 km.

Road
Shirdi can be easily reached by road by the buses of Maharashtra tourism which are available from all the major cities of the state. Also many private bus operators run their buses on this route as it has heavy traffic.Many private taxis are available for the service of tourists. Many tour operators arrange special package, customized tours of Shirdi from various parts of the country. To assist the tourist visiting this place a tourist information center is there just outside the main bus stand.

Airport
Aurangabad airport is situated 125km away from Shirdi. The construction of new airport is in full swing in Kakdi village which is located 14 km southwest of Shirdi. The work is expected to be completed before 2018 as it marks the centenary year of Sai baba Samadhi.

Other Places of interest